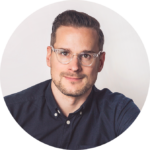 As emerging technology becomes an increasingly ubiquitous part of our lives, the design decisions we make today will shape how these technologies impact the world over the decade to come.

This series envisions how we might apply emerging technology in specific industries to create positive impact. We’ll explore what might accelerate or hinder these realities and the key risk areas and unintended consequences to consider.

With society seemingly more divided than ever, coming to a shared sense of reality, empathy, and purpose is a public imperative. While we often think of virtual reality (VR) in an entertainment or enterprise context, the emotional power and behavioral impact of the unprecedented realism VR environments of the future offer can create enormous opportunities for public education and consensus-building.

We imagine a 2030 where responsibly designed VR experiences are a unifying medium that help people understand complex circumstances and grasp the impact of invisible challenges through tangible, hyper-personalized experiences bolstered by technology like 3D environmental mapping, AI, and machine learning. So how do we get there – and what risks will we face along the way?

Tackling the tragedy of the commons

People have trouble comprehending slow, distributed change. If a process doesn’t happen at a pace or visibility that we can perceive, we may not believe it is occurring at all. The COVID-19 pandemic has shown us how many people find it hard to grasp the idea of a virus that causes preventable deaths and the impact of individual actions on transmission.

What if we could see someone breathe out virus droplets and the surfaces they land on? What if we could visualize first-hand how the virus spreads in enclosed spaces, and who would become infected or even die? What if that happened over the course of seconds, not weeks? And what if – rather than seeing the impact on anonymous avatars – you were experiencing this environment with your own family, friends, and coworkers? The evolution of VR can make this vision a reality.

VR is the captivating next frontier of data visualization. It has the power to make the intangible visible, and the consequences of action – or inaction – immediate. Just as the humble bar chart helped people compare the scale and relationships of numbers centuries ago, VR has the potential to communicate the effects of our actions not just on ourselves today, but on complex systems over time. Over the next decade, VR as a visualization mechanism will create opportunities for society to become educated on issues that are slow, complex, and require collective shifts in behavior – such as pandemics or climate change.

Visualizing the environment, emotion, and time

VR has the unique ability to manipulate environment, emotion, and time. As VR evolves over the next 10 years, it will be able to virtualize the real world into highly believable and persuasive copies. What good might we build with this technology?

Used responsibly and with intention, VR can bring alignment and consensus to contentious or difficult-to-understand topics. Imagine an educational VR game that teaches the impact of individual behavior on the outcomes of a global pandemic. The experience puts you into everyday situations in your own life and maps the direct impact of your actions on virus transmission. You take public transport, meet with coworkers, enjoy a couple drinks with friends at your favorite crowded bar, and go home to your family. At each of these points, you have the option to make a decision: Do you wear a mask? Do you get on the crowded bus? Do you sit indoors at the bar?

By 2030, VR will utilize real environments mapped in 3D with a level of accuracy that will make them essentially indistinguishable from the real world. We are already seeing a tremendous amount of progress in environmental mapping techniques and data, and what started as Google Street View is now expanding to map indoor environments as well. Consumer devices increasingly include depth-sensing cameras that can generate 3D representations of not only individual objects but entire buildings.

Moreover, VR is not constrained to the limitations of the real world. A VR environment could transport you from interacting with people on the ground to being literally high in the sky, observing how the other people who you interacted with go about their days. Perhaps your actions influence how others act after observing you. You can follow their decisions – good and bad – to see the role we all play in exhibiting responsible behaviors for the good of the community.

VR also offers feedback at an emotional level – one of its most powerful characteristics. When integrated with other emerging technologies, VR environments can impact our emotions and behavior both in the virtual and real world. Recent advancements in generative adversarial network algorithms for machine learning have created convincing reproductions of images, speech, and gestures of real living humans, called deepfakes. What if we applied that technology to generating personalized characters in a VR environment? By reproducing the people you care about in VR, the emotional connection you have to the experience will be much deeper.

Another key feature of VR is the ability to compress time, amplifying subtle changes into concrete impact. What if you could immediately see the results of your decisions, for example in an infection rate score that demonstrates which of your actions have the direst consequences and which have minuscule impact at scale?

Because VR has the ability to compress time into a fast-paced experience, you could re-live your day again and again, varying the choices you make. In this Groundhog Day-like experience, the immediate feedback and ability to iterate on behavior can help you better recognize and learn the impact of your actions.

Even if VR experiences are deliberately called out as “virtual” or “not real,” there is still a significant amount of “reality” that VR designers create with regard to how users experience and perceive these environments. The potential to significantly distort the truth raises several important ethical questions.

It is obvious that the ability to influence better behavior through manipulation of environment, emotion, and time may be used to influence people to commit bad behavior or actions that are not in their interest. We must assume that the existence of powerful technology means that it not only can, but will, be used for malicious purposes. The false information that is easily spread across social media today shows us that we can’t assume audiences will recognize truth from fiction in digital contexts. When VR is nearly indistinguishable from the real world, then those to whom “seeing is believing” are easily radicalized.

As designers and technologists, we need to hold ourselves accountable to responsible use of technology like VR. Creators of platforms that distribute and enable VR content must also establish content standards and ratings that flag inappropriate experiences or those that distort reality in ways that would have negative consequences. Twitter’s decision to flag misinformation surrounding the 2020 election is one example of an attempt to balance preventing the spread of dangerous misinformation while enabling ambitious goals of free speech.

Critically, as a society, we must teach and practice media and digital literacy, and foster the critical thinking skills to question the motivation of technology products.

The ethics of emotional manipulation

Simulating real humans through machine learning algorithms (like deepfakes) is already highly controversial today. Amplifying this in a VR context to influence people on an emotional level must face even more ethical scrutiny. Is it ethical to exploit people’s emotional attachments in order to influence their behavior? It seems that anti-smoking, anti-drunk driving, and even social impact campaigns already believe it is.

Yet it is challenging to argue that the preferable outcomes would in all cases justify the means. It may also be falsely based on the assumption of having a full understanding of what the truth is at all times, which we know isn’t always the case. If we manipulate people to behave in a way that we understand is preferable, what if that understanding of what’s preferable changes? Emotional influencing is not something that can be easily reversed once it has happened, so we have to proceed with caution, to say the least.

Data privacy is another critical issue that a VR environment based on the real world exacerbates. Is it ethical to use personal data about humans and environments to influence behavior? Where is the data gathered from? How would someone consent to having themselves or their home recreated by an algorithm in VR? What about shared or public spaces like your favorite bar or park?

Governments have begun introducing regulation in an attempt to address data protection concerns. For example, California passed a law in 2019 that prohibits distributing manipulated videos of political candidates within 60 days of an election. The question remains, however, of how enforceable such laws might be in practice, particularly as emerging technologies scale.

VR as a unifying medium

Historian Melvin Kranzberg’s First Law of Technology famously states, “Technology is neither good nor bad; nor is it neutral.” To realize the educational and unifying power of VR, we must recognize that it is our collective responsibility as designers, technologists, regulators, and consumers, to create and leverage VR experiences that align with our individual, societal, and collective good. We believe we can aim higher together and responsibly harness emerging technology to tackle the most pressing issues of our time and create a preferable future.