Twitter has become a cesspool of abuse and harassment. Facebook has become a pushy aggregator of algorithm-driven advertising and fake news. Yet recent redesign efforts by both companies have managed to avoid the elephants in the room. For example, Twitter recently released a redesign that consisted of having “refined our typography” and shiny round profile icons. The redesign was met with scorn for not having addressed the harassment, misogyny, and racism that are now synonymous with the platform.

This is the law of triviality at work. It is rearranging deck chairs on the Titanic. Or worse, designing the equivalent of a better bomb.

As designers, we are missing the big picture. We focus on details such as microinteractions, typography and icons, without thinking about the outcome we are trying to achieve — just look at the iPhone X. This focus on craft alone not only negates our potential impact, it tarnishes our reputation as agents of change. We need to think beyond the direct engagement with the products we design, and focus on the consequences of our work.

We need to allow ourselves and our colleagues to think about outcomes: What do you want your design to do after it’s out of your hands? The statement that I’ve now started using to get to that rationale and impact is what we call at Artefact “…Is to… So that”.

When we translate the Facebook prompts into this structure, it is suddenly harder to remain blind to the outcome (or lack thereof) of your work:

When we translate the Facebook prompts into this structure, it is suddenly harder to remain blind to the outcome (or lack thereof) of your work:

The purpose of
[redesigning the Facebook news feed]
is to
[make it more immersive and engaging]
so that
[people spend more time on the platform]
so that
[Facebook can collect more data on its users and make more advertising money.]

Is that the impact you want as a designer? For people to see more ads?

Now let’s step back and think about outcomes first.

Now our “Is to… so that” statement will look somewhat different:

The purpose of
[redesigning the Facebook news feed]
is to
[prioritize distinction of news feed content]
so that
[people can avoid unreliable news sources, and distinguish more personal content]
so that
[communities and society are well and factually informed].

What’s interesting, is that allowing the distinction between news feed content was actually one of the Facebook news feed team’s “how might we” statements: “How might we improve News Feed to be easier to read and distinguish key areas of content?” The problem is that their way of addressing this question was to “make the News Feed stories easier to read by improving visual hierarchy, increasing type size and color contrast.”

And this is why first identifying the outcomes through asking “Is to… so that” is so critical: it gives you the lens through which you can better define your ideation. If your desired outcome is to help people avoid or understand unreliable news sources, your ideation will look much different from simple “color contrast.” The end result may still involve typography and color, but these decisions will be in the function of the larger outcome. The tools we have at our disposal may not change, but our impact will.

Design is such a self-important profession. Our egos have been stoked by the fact that we operate at the elusive intersection of creativity and pragmatism. We have become the translators between technology and human need and emotion. What we have to remember is that designers bear moral responsibility for their design decisions, even when they have negative consequences.

We can either continue to focus on only the craft of design, exemplified by lovely design execution and an emphasis on engagement, or we can evolve. The purpose of [not just focusing on craft and engagement] is to [empower designers] so that[we can solve complex interconnected problems that need to be solved].

Which would you rather focus on?

The power of predicting impact: Introducing the Tarot Cards of Tech 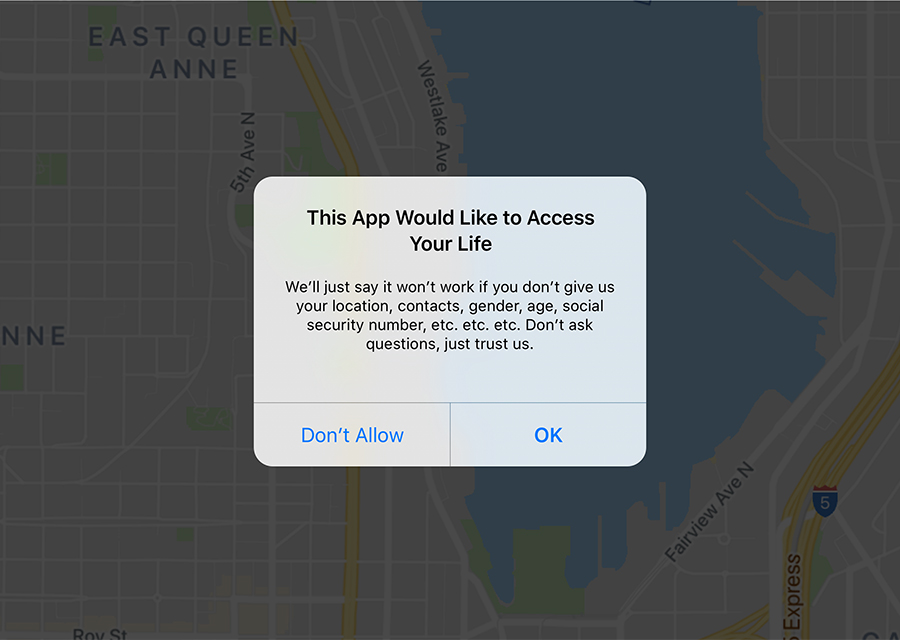