Using blockchain to reverse climate change:
A conversation with Nori

From smart contracts in the homebuying process to swiftly and securely transferring money overseas, blockchain solutions are becoming increasingly common in sectors such as finance, real estate and the Internet of Things. Distributed web solutions like blockchain provide crucial security and accountability functions that transform our relationship with data. In other words, blockchain delivers trust and transparency – two things we at Artefact take very seriously when it comes to technology and its impact.

At Artefact, we’ve been exploring what role blockchain can play in wrestling with the many intractable, systemic problems facing our world. Moreover, as designers and technologists, how can we harness blockchain solutions in ways that contribute to accessible, equitable and sustainable outcomes?

One of our favorite companies working at the intersection of blockchain and social impact is Nori, a Seattle start-up creating a blockchain-based marketplace for removing carbon dioxide from the atmosphere. We sat down with Nori’s Founder and CEO Paul Gambill to talk distributed tech, social impact and seaweed.

What does Nori do and how did you get the idea for it?

Why do you think carbon removal isn’t more widely discussed as a solution for combating climate change?

People make a moral hazard argument against carbon removal. Many environmentalists don’t want a focus on carbon removal because they think that creating technologies and processes to remove carbon would give humanity a license to continue emitting carbon dioxide. What these environmentalists want to see is everyone reducing emissions.

The fact of the matter is, climate change is simply too far gone. Even if we halted all emissions tomorrow, the environment will not naturally recover to a place of balance without serious harmful impact. According to the math, we have to draw carbon dioxide down. There’s no other choice.

How does Nori use blockchain to help reverse climate change?

We do this on the blockchain because proving who has removed carbon dioxide, who has paid for it, and who should get credit has been a longstanding problem in legacy carbon markets. We are eliminating those risks by putting the process on the blockchain, making it incredibly straightforward to prove who owns what and at what time.

The other half of your business is the NORI token. Why is a token necessary for your carbon removal marketplace?

Creating the NORI token as a separate asset from the CRC gives us the ability to create a global, market-driven reference price for carbon dioxide. One NORI token will always be used to buy one tonne of carbon dioxide. The price of the Nori token in the exchange markets – relative to the dollar or to bitcoin or any other currency – can be seen as a global reference price, sort of like Brent Crude or West Texas Intermediate pricing for oil.

A global carbon price is also useful for people who aren’t participating in our marketplace, like policymakers, economists, auditors and anyone else who needs to know how to value carbon. These groups have wanted a price for carbon for decades, and Nori does that by creating the cryptocurrency asset.

Why hasn’t carbon pricing worked in the past?

There are lots of problems with the legacy carbon markets. One major point is that when people talk about putting a price on carbon, what they’re often trying to do is create a cost for emitting carbon, like a carbon tax or the cap-and-trade market in the European Union. They’re putting a price on what it costs to emit. We think that’s a very negative action.

Nori wants to turn carbon dioxide from a waste product into a new value stream. The carbon price Nori is talking about creating is the value of removing one ton of carbon dioxide. Think about carbon dioxide like garbage, where for decades we’ve been throwing our garbage out in the street and nobody has been doing anything about it except try to throw less garbage out. The trash is still piling up out there. Nori makes it possible for the garbage collectors to get paid for coming around and picking up the trash.

We’ve discussed on our Reversing Climate Change podcast why carbon pricing has consistently failed in the past if you want to dig into the nuance.

What are some common concerns companies have with a blockchain-based carbon removal marketplace and what’s your response?

The cryptocurrency aspect of the Nori marketplace makes some people wary. They’re concerned about the volatility of the currency and what we at Nori are doing to ensure that the Nori token doesn’t fluctuate wildly which makes it difficult and unpredictable to use. There’s a lot more detail in our white paper, but the short version is that we are slowly releasing NORI tokens over time, so that we should as closely as possible tie the value of NORI to the value of removing one tonne of carbon dioxide.

They are also concerned about security. If you lose your bank account password you can get that reset, but if you lose your password to your cryptocurrency wallet, that money’s gone. Those concerns are valid and real, but there are plenty of tools and solutions out there that make this workable. Blockchain is just something new that companies must get used to. When talking about large sums of money, people are hesitant to commit to something that’s entirely novel. It’s similar to when credit cards were first used to make payments for websites. People were uncomfortable, but then tools were developed to make it safer. The same will happen and is happening with cryptocurrency.

Speaking of novel solutions, how do you design for and around blockchain infrastructure that your customers may not yet relate to or have as much trust in?

It’s true that existing blockchain applications are not user friendly at all. My background is in computer engineering, I worked in software development my entire career, I’ve been using bitcoin and blockchain technology since 2010, and even I find these applications incredibly difficult and confusing to use. There’s a lot of low-hanging fruit in terms of what designers can do to improve the ways people can interact with the blockchain.

Ultimately, the future I want to live in is where blockchain is something that simply runs in the background, just like how most people don’t know how HTTP works to load pages in your web browser or how SMTP works to send e-mails. These are protocols that don’t matter to the user experience. At the end of the day, just don’t make users think about it. They shouldn’t have to learn how blockchain or cryptocurrency works at a fundamental level. Only show them what they need to know in order to make responsible decisions about how they need to interact with the application.

What business opportunities do distributed web solutions like blockchain present?

Blockchain isn’t a cure-all solution for everything and there are many cases where a centralized database is still a better solution than blockchain. There are many fantastic use cases for blockchain, however. For example: issues of provenance (proving who owns what at what time, like with Nori’s CRCs); creating markets; and creating incentive structures to encourage people to make some kind of behavioral decision using a token.

The use of blockchain is often not going to be anything the consumer sees on the front end, but will instead power behind-the-scenes solutions, such as in the supply chain. Walmart, for example, tracks the movement of their produce from seed to sale using the blockchain so that if there is some sort of bacterial outbreak they can trace it to exactly where it came from and who’s responsible. T-Mobile uses blockchain for handling the audit trail for an internal identity platform.

Companies with operations that can use better tracking or could benefit from incentive structures can find the most opportunity in distributed web solutions. I can guarantee you that many large Fortune 500 companies are experimenting with blockchain solutions right now.

Last but not least, what does “Nori” mean, anyway?

There are lots of different ways to sequester carbon dioxide, and one really cool ecological approach is to grow kelp or seaweed. It’s very easy to do using just rope, water, and photosynthesis. “Nori” is Japanese for seaweed!

Learn more about Nori or invest in their mission. 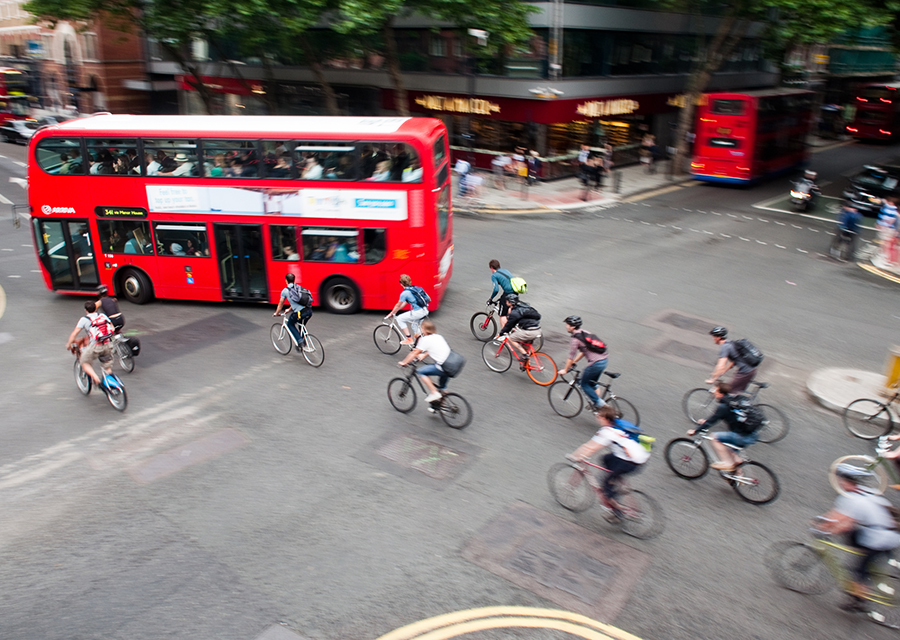